A one-day workshop for filmmakers who want to work at the £1m budget level and beyond. We show you how to (re)structure, position and package your film so that it is attractive to investors, broadcasters, distributors and international sales agents.

Where: Ealing Studios, Ealing, West London
How Much: £99

This Masterclass is brought to you in association with the Met Film School.

We are going to need a bigger boat!

But what if your project needs a bigger budget? Worse, what if you did reduce your budget - and vision - and then the project that you have spent so long getting to market ends up disappearing in a sea of no-budget and poor quality movies?

While the micro budget film world is going crowdfunding crazy...

...there is still an industry, as focused as ever, financing films from a mix of funding sources, including: pre-sales, broadcasters, equity investment, soft money, etc… and making movies budgeted in the (low) millions, movies that reach global audiences – sure they are still low budget by Hollywood standards, but blimey, what could we do with a £million budget?

Meet the man who has done it... eleven times as a Producer and eighteen times as an Executive Producer

Richard Holmes is a prolific British producer who has consistently produced feature films for between £1m and £2m for the past 20 years. In this candid and unique one day seminar he will share exactly how he - and you - can develop, finance, produce and sell feature films with a budget in excess of £1million – the budget that allows for a sellable cast, proper distribution, foreign sales and a world class profile.

‘It’s like a 2 year MA in one day!’
Cera Rose Pickering
Screenwriter and Producer

But everyone is turning to micro budget filmmaking now...

I don’t need a £million to make my film do I?

Actually, you do. One of the things that sells a movie, both to the distributors and audiences at the end of the chain, is your cast. Ask any sales agent - after they have asked you about the title and genre, the first thing they will ask is ‘who’s in it?’ If you say ‘unknowns’, you may well hear the familiar click of the phone hanging up! Named actors who can deliver performances worthy of your screenplay will not only raise the artistic quality of your film, but also its commercial viability.

Also, surrounding yourself by expert professionals, cast, crew, screenwriters etc., can only improve your vision. But there is one key partner you really need involved: The Sales Agent. If they have a stake in the actual production of your movie, they then have a vested interest in selling your film hard. On most micro budget films, sales agents will only take your film on a punt. If it doesn’t sell, it’s no skin of their nose and they will continue selling hard the films in which they invested. Make a £1m film and get a sales agent in the mix.

I can’t raise a £million can I?

Actually yes you can. As Richard will show, even though it is a graft, raising £1million is not rocket science. He will show you just how to model your project so you make it attractive to producing partners and financiers. The key here is that while you will drive the project, you will also work alongside experienced partner producers and Executive Producers - people with targeted skills and relationships - and draw from their experience and networks. Remember, the film industry is screaming out for killer projects being driven by determined filmmakers. Can you step up your game? 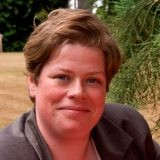 What’s in the course?

There is a full breakdown of the day here… Broadly, it’s broken into two halves – Strategy, the broad strokes of how and why, then tactics, the specific detail of how to make it happen. 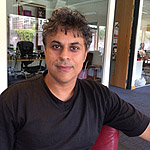 Having real world budgets and other critical documents from a real world film, direct from the producers laptop, can be hugely illuminating – and Richard is prepared to share those documents with you – partially redacted of course, for legal reasons. This paperwork will show you, line by line, exactly where the money goes on his £1m films, compared to your own micro budget experiences. Gold dust.

Unlike ANY other course

A lifelong career in film is dependent on making a SECOND film. The first film is easy by comparison. And a smart filmmaker would lay the plans for that all important second film before they even made the first, just like Chris Nolan did with ‘Memento’, his second film that was produced right after his debut ‘Following’.

We know of no other workshop that details the step by step process you need to follow when transitioning into fully funded productions.

Richard has been there and got the T shirt, plus he is also an exceptional communicator. We guarantee you will leave with a sense of purpose, direction and clarity.

If your business, aspirations and film projects are not taken to a whole new level during the workshop, I will give you a full refund. Remember, as an organization, we are in the trenches right beside you. We have made films, we are making films and we connect with hundreds of experienced film makers through our books and bigger events.